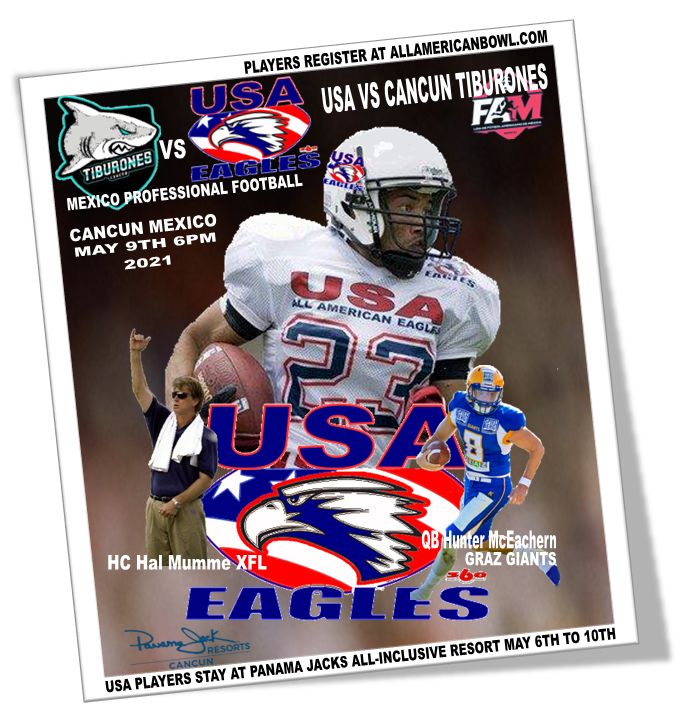 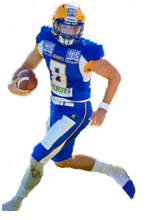 With all the unprecedented changes in the sports industry over the last year, it’s great to find out there are still opportunity for players who are ready to again embrace playing football.

After 10 years playing bowl games in Mexico the All American Eagles football team will step up on May 9th in Cancun Mexico and play against the Cancun Tiburones of the Mexican American Football League a newly formed professional football league.   Tiburones     FAM Leaguethe changes.

The Team will be made up of 38 of the nations top College, Free Agent Pro Players,  like quaterback Hunter Mc from the Graz Giants. The coaches will include former XFL coach Hall Mumme and former Green Bay Blizzard coach Chad Baldwin.   To join us register today!

The Eagels will be staying at the all-inclusive Panama Jacks Resort for 5 days and 4 nights.

The All American Bowl began in 1996 in Minnesota; It is designed to bring together the country’s top Division I, II and III college seniors and free agents to compete in an All-Star bowl setting. The All American Bowl has been held annually in December at USA Bank Stadium, as well as several other great locations across the country like, Atlanta, Las Vegas, Dayton Beach and Miami, Florida.

Now in 2020 the Team All American Eagles will move to a new level playing under NFL Rules against Professional Teams from the country of Mexico.

Welcome to the Cuban cigar bowl!